Digital Dives: How do you Resonate with Duality? - Vol. 7 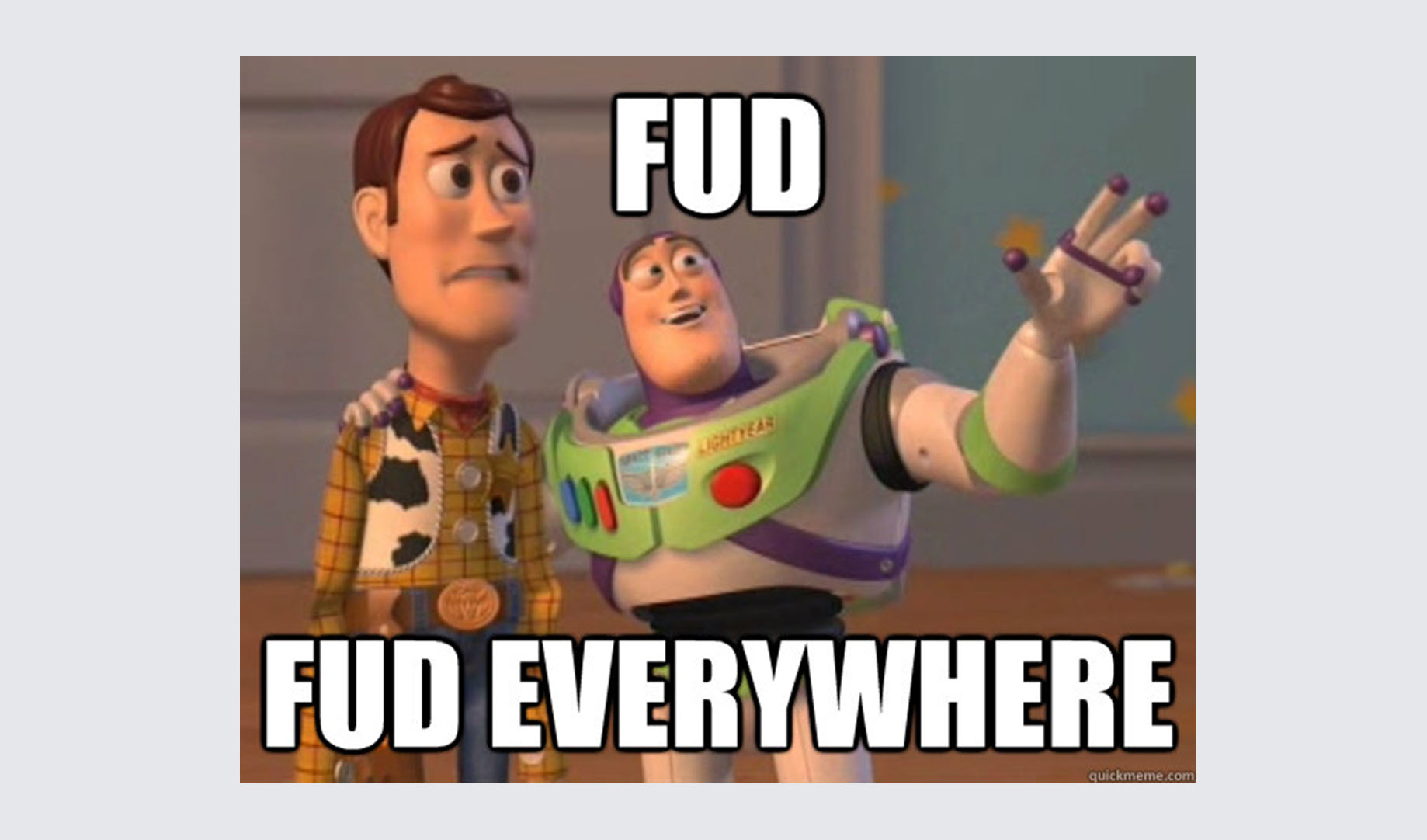 Digital Dives: How do you Resonate with Duality? - Vol. 7
< Back to News & Resources

We’ve previously discussed that the significant talent flows out of the traditional technology and financial sectors in favor of web3 can be interpreted as a signal that we’re on the cusp of a powerful change. It’s likely that these human capital trends are a precursor for a significant wave of investment that will fuel the intrepid projects under development. However, earlier this week the digital asset community took a big hit as Andre Cronje, a prolific developer in decentralized finance, and his collaborator, Anton Nell, announced their departure from the space via Twitter:

Why does it matter to lose a pair of coders when web3 is winning over so many others?  While we can’t say with certainty, Andre’s recent communications give us some insight into why he may have decided to leave the industry for good. This interview with Robin Schmidt at The Defiant is a good source for those who have the time to get through it, but you can also check out Cronje’s Medium page where, among the articles that explain interesting and different ways of designing DeFi applications, there are posts expressing frustration at the rampant speculation in the crypto space which corrupts early-stage trials and can lead to significant losses for those who don’t properly understand the risks at hand.

Cronje’s departure should be interpreted as a warning sign that how we use technology is often more important than the innovations themselves. Crypto has a vibrant sense of community; it’s fascinating to watch discord servers light up with “gm” everyday as members say hello and acknowledge their collective efforts to push their projects further. However, there remains a formidable dark side to decentralization: if a group launches a protocol token or NFT and the price doesn’t go up, then those same servers can turn really ugly. Sellers who drive the asset prices lower are demonized as “paperhands,” the development team might be accused of fraud, and some will even demand that the freshly raised funds be used to repurchase the assets to get the price higher, ignoring that the capital was meant to fund the advancement of a project. This toxicity incites many others to also part ways with their holdings at a loss and the whole thing becomes a cycle of despair unlike anything I’ve witnessed before.

On the one hand, it’s natural to look for a scapegoat when an investment doesn’t go your way, and this happens at the institutional level as well. If a deal goes poorly, the issuing banks are blamed for not managing the security offering properly. In a hot issue, some investors feel like they deserve a higher allocation, so the syndicate might point the finger at a management team who took control of the allocation process based on who they wanted in their cap table. Some level of entitlement is natural. However, in traditional forums while you might hear a phone slammed in anger, there are no death threats (or at least I never encountered any in my 10+ years). This behavior will have to be expunged if web3 hopes to achieve institutional scale.

Last year, the community lost another long-time contributor when Anthony Di Iorio, a co-founder of the Ethereum blockchain, caused a splashy exit that not only saw him pledge to stop working in the space altogether, but also publicly announced his intention to dispose significant amounts of his digital asset holdings. In this interview, Di Iorio says that he did this out of fear for his safety. Cronje explained that he received a physical letter containing a menacing message to his home after users of his protocols experienced losses and even this author explains being attacked for recommending Wonderland, but reversing his stance after learning about the significant governance issues that had recently come to light:

Corporations and people have reputations that have to be managed, but pseudonymous actors on the internet don’t have the same level of accountability. It’s great that in web3 anyone can contribute. Generally, it doesn’t matter what their background or location is. Output reigns supreme. However, as we saw with the Wonderland debacle a few weeks back, sometimes a contributor’s “in-real-life” history can have profound importance.

Let’s imagine some group of jerks writes an open-sourced program that could actually be used to benefit society. That code can be forked by a less toxic group to build something beautiful. Technology has no values, but people do, so it’s important that the community guide its use. Free speech is important too. The people who spread hate in discord servers should maintain their ability to say what they want, but the community ought to ban together and if some discourse violates the group’s values, then it should be acknowledged as a violation of what they hold core.

Gavin Wood, another founding developer of Ethereum, might have been the first person to use the term “web3” when he wrote this essay back in 2014. His early ideas were centered around privacy because he believes elected officials and the internet giants have the incentive to over-reach when it comes to data collection:

In this interview, Mr. Wood discusses his views for a decentralized future and specifically his role in trying to build it. He believes that experimentation makes blockchains great. However, trying new things means that often you don’t realize how they’re flawed until after construction. Like Andre Cronje, he’s creating tools for others to build on top of. This guy is a legend in the space, so I respect his point of view, but is it possible that it’s over-engineered?

Union Square Ventures Managing Partner, Albert Wenger, says no. In this video, he explains why society requires a balance of motivation and coordination. Blockchains achieve coordination and motivation through protocol consensus and tokens/ownership. However, smart contracts tend to be incomplete because even the best developers can’t code all the nuance of real life and we still need the state for instances of extreme coordination. Technology doesn’t want anything. Humans decide what we want and our values guide the conversation. The things we have are made possible because we’re standing on knowledge that’s been accumulated over the ages. Losing contributors like Anton Nell, Andre Conje, and Anthony Di Iorio weakens what that foundation could have become if they’d continued to build. We can flip this loss into something constructive if we take it as a learning opportunity.

Wenger proposes decentralization with purpose. Not everything should be extrinsically motivated by things like higher token prices. Instead, the intrinsic motivation of the community can preserve its authenticity. “We’re building technology that is: decentralized, immutable, secure and scalable, but these are all technical problems. We need to focus on how we’re going to use the tech. We’re growing the space of the possible, but we need to spend more time on which use cases we want to amplify.”

Despite these cautions, Mr. Wenger remains an advocate for the space and recently wrote a piece titled: “Web3/Crypto: Why Bother?” that describes the new tech revolution as one of Clayton Christensen’s disruptive technologies and why that’s a good thing:

Are there reasons to be optimistic that web3 can achieve the right balance between cooperation and coordination?

It’s not hard to find oneself feeling a little down these days given all the civil and environmental crises. Dr. Hannah England provides the case for how we can learn to be optimistic, but we need to balance our expectations for good against the reality that bad things happen all the time, too. Tom Morgan goes deeper and his thesis interestingly rests on the duality of the brain. Based on work from Iain McGilchrist’s The Matter with Things, Mr. Morgan remarks that the left hemisphere of our brain “is concerned with manipulation, power, control, and competition. But it is ignorant of the whole picture, and it lies when confused.” Meanwhile, the other side “controls our exploratory attention, what our interests are drawn to, what we find resonant. Our unconscious mind is constantly assessing our environment and trying to find important patterns.” Tom goes on to explain that he’s interested in hybrid thinkers who can combine elements of both hemispheres: “They’ll get it wrong, I’ll get it wrong. Often in embarrassing ways. But the process is an upward spiral, not a straight line. The trick is to integrate what resonates without throwing out the whole person for saying something stupid.”

In this podcast, Mr. Morgan says that our exploratory attention (right hemisphere) is a better precursor for our future growth. This brings us full circle because when people stop being interested in a topic, that means there’s no more growth for them there. It seems this is what happened with the high-profile builders who have exited. If the web3 communities can foster environments that focus more on building with purpose beyond speculation, then this will capture our exploratory attention and lead us to create tools for betterment with the power of our left-brain’s logic. Does that sound weird?

Morgan Housel wrote about dualities recently, too. He reminds readers that risks can be reframed as opportunities and successes rarely bring as much happiness to those who achieve it as an outsider might expect. “You think you know how it’ll feel. Then you experience it firsthand and you realize, Ah, OK. It’s more complicated than you thought.”  The fabric of life is a tricky tapestry and while advancements in computer programming can make our lives a bit easier, it’s more important how society comes together to manage its development.

As the digital asset industry continues to onboard new contributors from traditional tech and finance, it will be important for the incumbents to seek out those who share common values with respect to balancing coordination, cooperation and speculation.