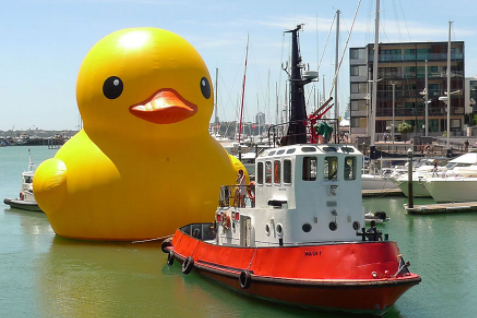 Last week we discussed that NFTs are expanding web3’s reach beyond financial applications because the tokens represent more than just JPEGs.  Builders are creatively assembling communities and new use cases are emerging.  We also considered that the growth of crypto assets’ influence is coinciding with a fundamental shift of capital flows towards corporate narratives that foster inclusion and sustainability.

Today we’ll dive into the Environmental, Social & Governance (ESG) implications of the digital markets.  Our goal will be to weigh the pros & cons of the burgeoning economy in the context that it’s beginning to attract institutional levels of capital.  Books could be written on web3’s ESG implications, but we’ll try to keep it high-level.  If you’d be interested in a more profound analysis, then please let me know directly or comment below and we can prioritize that.

Is crypto’s environmental impact a bellyflop?

When considering the ecological influence of digital assets, we should start at the mining process.  Without getting into the technical nuances, the two most common consensus mechanisms for blockchains today are Proof of Work (PoW) and Proof of Stake (PoS).  If you’d like to read about alternative algorithms, then this is a handy document.  Currently, both Bitcoin & Ethereum use PoW to secure their networks, which requires the use of computational methods to solve complex mathematical puzzles.  The difficulty increases over time and the energy consumption is non-trivial.

Critics of the industry tend to focus on the carbon intensity of these mining activities, which are staggeringly high when compared to traditional payment networks.  Morgan Stanley estimates that 1.42 tonnes of CO2 were emitted for each Bitcoin transaction in August of 2021, which compares to 0.0000001 tonnes for each Visa payment processed.  This is not an apples-to-apples comparison, but the point is clear that the magnitude and direction of this delta need to be addressed.  In recent months, NFTs dramatically increased transaction volumes on the Ethereum blockchain, which currently still uses the PoW consensus mechanism.  There is a proof-of-stake migration plan, which should reduce emissions meaningfully, but digital tech requires electricity and BCG estimates that the internet alone produces about 1B tonnes or 2% of global greenhouse gasses (GHGs) annually (2018).

Fortunately, through efforts from Digiconomist and others, the field has taken note.  Many leaders have pledged support to the Crypto Climate Accord, which seeks to decarbonise the business and achieve net-zero greenhouse gas emissions across the industry by 2040.  For a proof-of-work chain, this transition would likely focus on power generation from renewable sources while other chains use technology that is generally less intensive, like PoS and other novel designs. Some groups have already begun purchasing offsets to reduce their emissions below zero.  This practice is again a step in the right direction, but only offers a diluted solution.  Overall, you’re starting to see more of a push from the community to green itself and additional action is likely.  Noteworthy outcomes often start as small changes that compound.

Social and Governance issues are making a splash, but…

Like traditional finance, conversations about crypto & ESG tend to focus on the environment, but there are important social and governance considerations too.  A common criticism of digital assets’ impact on society is that some of their features are attractive for criminal activities.  However, as Chainalysis notes, while total crypto transactions were up 567% in 2021, illicit volumes only increased 79% year-over-year.  This brought the share of questionable usage to its lowest on record:

Advocates for digital assets often tout their potential to promote financial inclusion due to fast transaction times for cross border payments, low costs, and fewer barriers to entry relative to the traditional banking system. However, as Izzy Howell notes:

Web3’s development is only fledgling, but some of the early trends resemble what’s been observed in legacy markets.  This is in opposition to the community’s principles of being welcoming and non-conformant.  Developers should build applications and user-interfaces that appeal to broader audiences, or these emergent communities might look a lot like the ones they’re trying to improve.

Decentralized Autonomous Organizations (DAOs) are web3’s proposed solution to the established hierarchies and often underpin important protocols.  Their failure poses a form of systemic risk to the crypto economy.  In this commentary, David Birch details his perspective regarding why the theoretical applications of DAOs may fall short of expectations in practice.  In 2008, the online community of MyFootballClub acquired Ebbsfleet United for £635,000 and the squad won the FA Trophy just months after the takeover.  However, following this early success, interest in managing the team quickly waned.  This had the effect of recentralizing the decision-making process, which contravenes a core purpose of a DAO.  Eventually, it was decided to disband, and Ebbsfleet is now run by the Kuwaiti KEH Sports Ltd.  With the renewed enthusiasm of online organization, are DAOs set to repeat history?   A more efficient financial system based on tokens that can be easily transferred has appeal, but the communities will have to be careful how they balance engagement and centralization.

Other issues in web3 governance include the tension between the fact that getting paid in crypto is nice during a bull market, but budgeting is difficult when prices are volatile.  Decentralized organizations tend to hold 90%+ of treasury in the native token, which typically loses value to stable currencies during periods of economic uncertainty.  Further, DAOs whose mission is to acquire the governance tokens of others with the intent to vote along certain principles have emerged as a new governing force.  Finally, sometimes the “one token, one vote” system has limitations.  My experience at ETHDenver was that building tools to enhance DAOs are a development priority.  The cool thing about these modern organizations is that their models are composable and they tend to share ideas freely.  These features mean that successful innovations can be adopted quickly and iterated upon.  Packy McCormick elaborates on this here

Let’s consider the big picture and swim together

It’s not hard to find web3 detractors.  As Richard Brown comments, “Stephen Diehl’s ‘take no prisoners’ posts are a good place to start. Or you could look here, here, here, here or here.”  By contrast, there appears to be a powerful movement underway, so it seems unwise to shutdown digital assets altogether.  We can again borrow from the experience of traditional asset management to get an idea of why.  In the very early days of socially responsible investing, a common approach to portfolio construction was to screen for malfeasors and exclude their securities.  As illustrated below, these strategies have seen their assets decline over the years.  Conversely, allocators that choose to engage with corporates intending to influence their governance towards a more stakeholder-friendly approach have experienced AUM increases.

Why don’t we just starve perceived bad actors of capital & force them to comply?  Institutional investors grasp the nuance associated with moving towards a more inclusive and environmentally sustainable economy.  Not to mention, many of the world’s most important industries leave some of the weightiest ecological footprints:

It’s easiest to make this case as it relates to the natural world since there’s more quantitative data collected.  Yes, BTC and the crypto industry do have a growing environmental impact.  However, its effect is relatively small in a global context and the industry is already working with stakeholders to make improvements.  Greening the digital economy is essential but cutting off its promise because there are issues today is short-sighted.  We often experience externalities associated with nascent technologies and there are elements of web3 that could be particularly well-suited to addressing some of the poor incentives inherent in the system.

Scientific advancement and capital efficiency are important ingredients to humanity’s progression, but sometimes they come with externalities.  Pix is a financial innovation in Brazil and has signed up over 100M users in a little over ONE YEAR.  In a country with considerable inequality, the tech promotes financial inclusion.  Incumbent banks had voiced concerns about the sector’s stability, but rather than being overly disruptive, the established institutions have been onboarding some of the Pix success stories.  On the other hand…

The Tesla autopilot murder trial is another example of having to balance the cost/benefits of innovation.  Losing even one life is horrible (in this case there were two), but it seems lawmakers favour the broader potential of efficiency gains, since the software’s development continues.  The US’ 5G rollout has been slowed so that the aerospace industry can do more testing, but it’s not being shelved.

NFTs and other digital assets get a lot of flack for their ESG misgivings, which shouldn’t be ignored.  Instead, today’s leaders should open the floor to thoughtful conversations about how this promising space can be part of harmonised solutions to humanity’s obstacles.

“Show me the incentive and I will show you the outcome”

Tariq Fancy was the CIO of Sustainable Investing at the world’s largest asset manager.  He wrote a three-part essay criticizing the current approaches to ESG and suggested some alternatives.  This missive is especially worth a read for anyone interested in sustainable investing and governance as they relate to traditional or digital markets.  At its simplest, we need superior enticements at the micro & macro levels if we hope to effect change.

Tariq implies that an organization whose objective function is optimized for profit maximization will favour growing their business while sounding like they’re part of the answer over all-out problem-solving.  This is called greenwashing and it’s a problem in the digital asset landscape too.  However, web3 has community benefit at its ethos, which means it’s optimizing for something different.  Unfortunately, this makes its objective function inherently more complicated, but that isn’t necessarily a reason to shy away from it.

Corporations forged with shareholder-first values have to battle inertia when pivoting towards something more stakeholder friendly.  In contrast, the communities that are forming the bedrock of the web3 paradigm shift can experiment more freely.  This doesn’t negate the opportunity to earn profits but seems to align better changing behaviour through incentives.  It seems to me that the most profound solutions will come from coordination across methodologies.  What do you think?