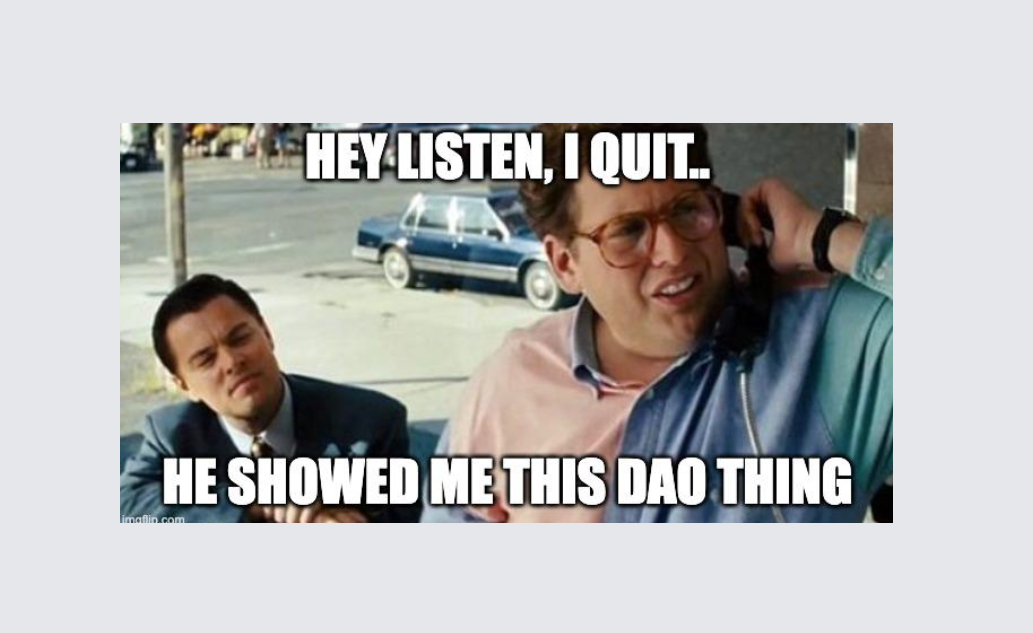 ‍Last week, we discussed how patterns in the discourse from management consultants over the recent stages of technological transformation might provide some clues for how best to position an incumbent business to ride the wave of change brought upon by digital assets. While innovation can help reduce expenses, the mobile revolution has taught us that it’s more advantageous to use technology to land and expand relationships with customers. Today, the digitally native are using narratives to create organizational cultures that appeal to younger audiences and have a tendency to outperform traditional hierarchies. What are the new mental models out there that can help inform the company looking to go web3? Let’s dive in.

Benedict Evans is an important voice in technology and a fan of crypto. Interestingly, when he discusses the topic there are more questions than answers, which likely speaks to how early we are in the movement. However, one thing Ben does assert is that our old mental models won’t do if web3 wants to attain its stated potential. In this podcast, listeners can get a sense of how the former a16z partner thinks we might see the things develop. Open-source software is the backbone of the internet, but sitting on top of it are giants whose walled gardens provide addictive user experiences and monopoly profits. Most people today in digital assets are building plumbing (kernels, file systems, networking stacks, etc.) and this is much like how open software helped the web develop. How do you create good user experiences and other abstractions without things starting to look like web2? “A decade ago, Uber and Airbnb represented ‘software eating the world’ - companies that used software to change the nature of a product. Airbnb doesn’t sell software to hotel companies, but changes what a hotel is. This is happening over and over again in every other industry. But Netflix or Shein might be a much more general trend - that tech changes the playing field but then the game is played by that industry.”

How can incumbents win the emerging web3 games? While they’re growing quickly, decentralized autonomous organizations (DAOs) are a long way from commanding the same influence as the modern blue-chip company. However, it might make sense to watch what these web3-native groups are doing.

But first, some terminology…

Sometimes it makes sense to get caught up on semantics. As Gabriel Shapiro explains, in the acronym, DAO, the words “decentralized” and “autonomous” are adjectives that modify the noun “organization.” Magic happens when all elements interact together and produce something emergent:

The modifying terms above tend to be the most debated. Samantha Marin is a DAO contributor and she recently found herself questioning decentralization as an end-goal. DAOs make most decisions based on member-proposed votes. However, endless votes cause apathy. Further, putting an idea up to a poll might look democratic, but the decisions made leading up to the election and efforts to influence the decision are often made in centralized ways. Vague roles and responsibilities leave the door open for social power to dominate and this often means the loudest person is the only one with a voice. “We can strive to eliminate the hard and fast hierarchies of the traditional corporate world, but other hierarchies are still at work—whether for better or for worse.” Moxie Marlinspike and Jack Dorsey have been critical of the web3 movement, saying it’s hypocritical to say you’re decentralized when so much of your data rests on servers of centralized powers and VCs sit atop of cap tables. Their perspectives are important in the ongoing conversation that will shape the future internet. Packy McCormick wrote about this recently, too:

Understanding that the effects of the digital asset revolution are likely to exist on a continuum rather than some binary state, are there firms today who already demonstrate DAO-like features? The answer is, of course, yes and I’ve come across a few examples recently:

Random aside: I saw this quote recently…  pretty remarkable:

“Nowadays, it's hard to imagine streaming your favorite series without using the 'Skip Intro' button. On Netflix in a typical day, the ‘Skip Intro’ button is pressed 136 million times, saving members an astonishing 195 years in cumulative time! But six years ago, it was just a glimmer of an idea. We did research and found that in about 15% of the time members were manually advancing the series within the first five minutes. This gave us confidence that a lot of people wanted to skip the intro. Rather than build a general-purpose solution that might help a little with several different needs, like a skip forward 10 seconds button, we designed a single-purpose solution that did only one thing really well.” - Netflix (NFLX) Director of Product Innovation Cameron Johnson

At the core of each company above is a culture where the stakeholders of an enterprise are encouraged to contribute their efforts to advance a common cause. The firms have differing levels of openness and centralization, but what ties their efforts together is a narrative that each person’s work is important.

In this report, Dor Morag and George Lowenstein demonstrate empirically how the stories we tell ourselves translate into value. Narratives give meaning to objects and make us less willing to part with them, if at all. Compared to an everyday item without an associated tale, participants in the study sought 33% higher selling prices and a 78% increase of not wanting to sell whatsoever. This has been extended to securities transactions and has interesting implications for the NFT market as well.

This note from Venkatesh Rao at Ribbonfarm outlines how narratives are used to create cultures within organizations. He uses the term lorecraft and provides evidence from three authorities who advise web3 groups and legacy corporations alike. They come from an internet-native school of management thinking and organization theory. “Lore is the mythical thread that ties the organization together — its culture and identity, its shared sense of history — to create the ecosystem of this new organism.”

That’s right, despite being early in this revolution, there’s a budding community of web3 consultants helping to share best practices for DAOs and corporations who want to participate in building the next frontier of technology. By focusing on lore, they’re cultivating environments that attract the hard-to-please millennial demographic and foster a novel way of thinking. Might this be the new model that Ben Evans believes we need for web3 to attain mainstream adoption?

Last week we saw that traditional consultancies recommend a novel approach to thinking about technology, which is most impactful as a means to establish and strengthen customer relationships. Above we note how innovative management techniques foster cultures of excellence. Conversations about web3 tend to focus on tokens, but maybe at its core is the intersection of these themes. It’s about using technology in novel ways to advance the interests of the community building it. Is your business ready?