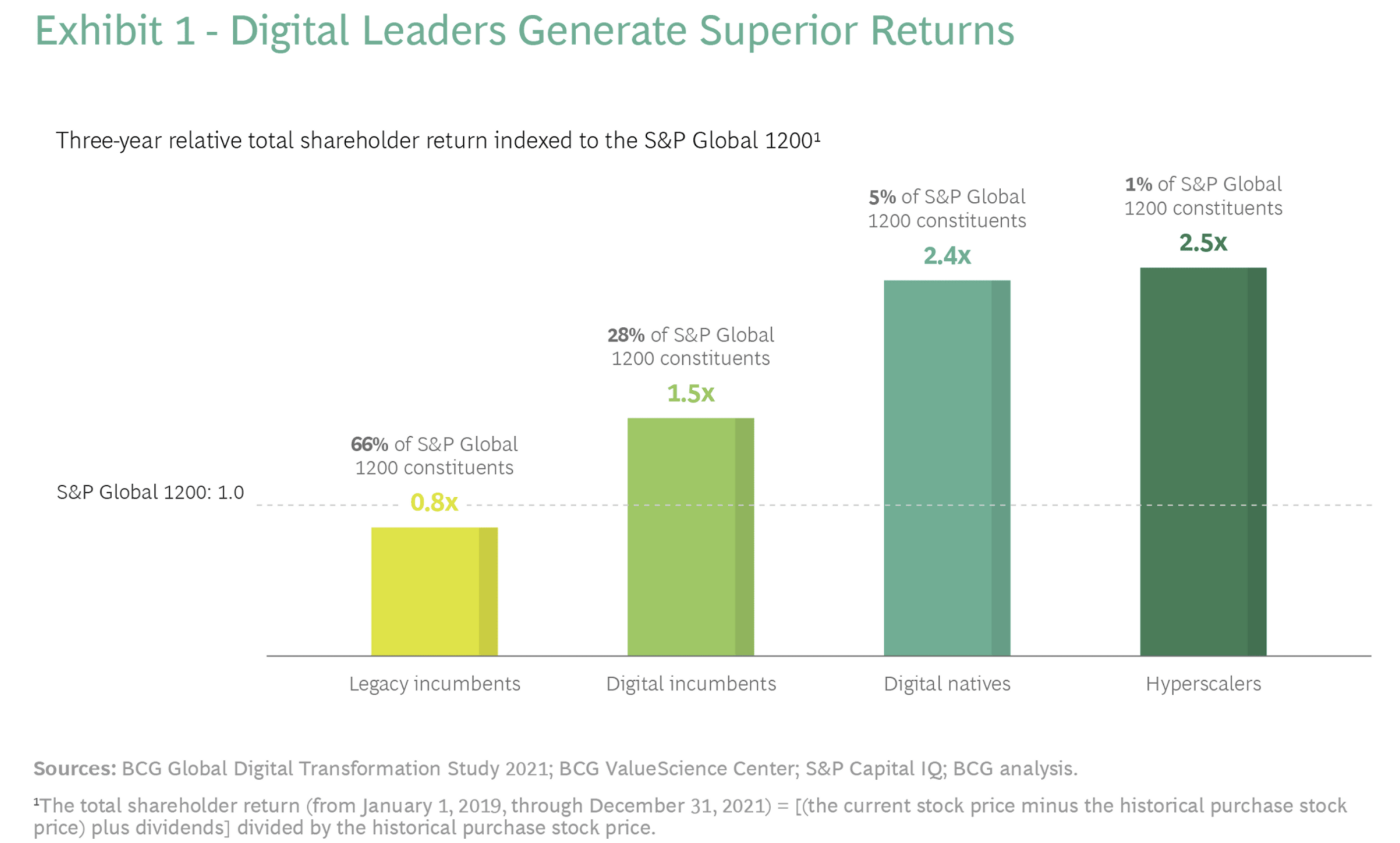 Aquanow Digital Dives: The Best Defense is a Good Offense 🏆 - Vol. 8
< Back to News & Resources

It’s clear that the smartphone has been transformational. Carrying an easy-to-use computer and camera in our pockets means we’re never too far from our loved ones (or our boss), we can document history like never before, waiting around doesn’t suck as much and it’s tough to get lost. Mobile’s reach continues to expand, too. Devices are beginning to replace our wallets and keys while continuing to deliver new use cases like opening portals into the office for meetings. Digital assets are often touted as a disruptive technology. Can we glean any insights regarding how to leverage their potential by studying the mobile experience?

Let’s take a trip down memory lane. In 2007, when the iPhone was launched, you didn’t know what an Uber was, you likely hadn’t heard of Facebook (they only had 14M users) and the idea of staying overnight in the home of someone you’d shared a couple messages with online would be closer to the plot of a horror movie than a family vacation (though, sometimes these aren’t so different). Mobile has unlocked entire business models and disrupted entrenched incumbents. No one could have known, but had you proposed such a transformation back in the day, many would have laughed. At the time, they would have been justified in their response because even the inventor didn’t see it coming: "A few weeks ago, we marked the 15th anniversary of the day Steve revealed the iPhone to the world. We knew that we had the beginnings of something fundamentally transformative, though none of us could have predicted the incredible and meaningful impact it would have on all of our lives." - Apple’s CEO, Tim Cook

Furthermore, the iPhone wasn’t a completely novel technology. Other early movers had explored the idea of a smartphone, but their successes, while still exponential in growth were linear in scope. Critically, Apple and Android focused on the user interface and opened their source code to builders so teams of innovators could build a diverse suite of applications.

The internet had been a disruptive force since a decade before the iPhone, so I was curious to see what management consultants and other business publications were saying about digital transformation back in 2007, but I couldn’t find much. This HBR note from a decade later discusses that industry wasn’t at all prepared for mobile to revolutionize how they interact with consumers.

In 2017, PwC’s annual Digital IQ survey of executives found that 68% of respondents described their CEOs as “a champion for digital” up from only 33% ten years prior. Six years ago, writers from McKinsey remarked that “a digital divide” had emerged in America. Virtually no business could claim they didn’t have access to new technological tools, but some firms and industries were using them way more effectively:

The pandemic has been regarded as a catalyst for accelerating digital change. Enter BCG with a note last month about how an identifiable group of incumbents in traditional industries have successfully transformed into concerns that foster continuous innovation and demonstrate the capability to disrupt. These companies demonstrate outsized revenue growth while most legacy firms struggle to keep pace. Interestingly, the researchers find that the incumbents are even closing the gap with the digital natives founded during the decade prior. Recognizing that the pace of change is accelerating, these digitized incumbents are led by executives that promote agility in their operating model. Often, they leverage strong brands to initially attract talent and convince key personnel to stay with a culture that promotes innovation. Unsurprisingly, these successes translate into share price outperformance as the new digital mavens nearly double the average return of their legacy peers:

Imagine being an executive back in 2007 with the foresight to begin preparing your business for the mobile frontier. Your company might not be considered digitally native, but you’d still be part of the bedrock that is modern industry. Being early would have enabled your firm to forge stronger relationships with a refined understanding of customers through the collection and analysis of their data - all this before your peers even realized a change was afoot. As we’ve seen, such a prescient enterprise would have grown considerably faster than the competition and its shareholders would have reaped outsized gains. Boston Consulting closes their report with a hint that digital assets present an opportunity for intrepid executives to go on the offensive and stake a claim on another new competitive landscape:

More disruption is coming and if history is any guide, it would benefit corporate leaders to begin to prepare themselves now.

Conversations regarding web3 are happening in boardrooms across the world, but why?

In the early days of digital, many of the implementation benefits were thought to be associated with cost savings. This has been discussed as a reason why so many leading consumer companies were late to develop strategies for interacting with customers through their smart phones. Interestingly, we’re seeing a similar pattern in crypto’s development. In this 2016 report, PwC mentions the potential for enhanced client interaction, but emphasizes the potential expense savings from blockchains for financial services. These researchers find that 70% of the value derived from the emerging technology will come from cost reduction. Following that playbook might not be the best course of action though. Note these 2020 findings from McKinsey:

In just a few years, the percentage of executives polled who said cost reduction was a top-3 motivation for digital investment dropped from around 50% to 10%. Leadership now sees technology as a tool for creating a competitive advantage.

For better or for worse, most modern economies are based on consumption and as such, finance is embedded into society. Mobile created new revenue sources for game studios through subscriptions and in-app purchases. Social media leveraged the cameras that everyone carries to promote content creation and drive engagement in order to sell your attention. Payment companies made it easier for patrons to split bills and pay merchants or friends more securely using biometrics. Just as smartphones and better networks enabled the use cases above, web3 is believed to be a future disruptive force for consumers and financial services. To get an idea why, let’s look at some high-level figures that describe the average retail participant in digital asset markets today:

TripleA is a Signapore-based company trying to onboard traditional enterprises to web3. They maintain a database of crypto adoption figures and highlight that, globally, the average participant carries the following profile:

Pew Research published a similar report for the US market, which found that Asian, Black and Hispanic adults are more likely than White adults to say they have ever invested in, traded, or used a cryptocurrency. Recent studies have also indicated that women are becoming increasingly interested in digital asset ownership as well.

If you’re a bank, roboadvisor or payment-company-turned-super-app, then you’d like to increase your exposure to clients with the above profile because they have the potential to provide significant lifetime value (LTV) and pose relatively low risk on the credit front. Many financial institutions have pledged to increase their diversity efforts as well.

Another reason incumbents are looking to add cryptoasset functionality is because usage is growing quickly. Anecdotally, Block’s Cash App decided to support Bitcoin transactions in 2018 and when the parent company published their Q4-2021 results a few weeks ago, they disclosed that nearly half their $4.1B revenue was Bitcoin-related.

Perhaps the most compelling reason Boards are strategically evaluating entry into this budding market is that crypto users are more engaged. Dan Dolev from Mizuho polled 400 PayPal users and noted that those who traded Bitcoin were 3x more likely to interact with the app’s additional functions than other clients.

In a recent podcast, Shopify’s Alex Danco and Jim O’Shaughnessy riff on web3 and its numerous potential consumer applications (definitely worth a listen). Underlying their discussion is the idea that humans fundamentally desire to first belong and then stand out. Given their scarcity, verifiability, and immutability, NFTs are an emerging use case for innovative consumer interaction. Consider that someone proves membership to a certain group based on a token that sits in their wallet. They can signal to others that they’re part of the crew by displaying a related picture on their social media profile that connects to the wallet and verifies the image to be authentic. Imagine if a merchant’s online storefront had the functionality to verify NFT ownership as well. Then the site could unlock unique member-specific goods or services and create a deeper relationship with the customer. This bespoke user experience taps into the primordial desire above and could be an important differentiator as the battle for our attention evolves.

We’ve focused on the consumer angles in this note, but that isn’t to say that investing in blockchain technology won’t improve industrial efficiency in certain instances as well.  There is significant investment being directed towards such initiatives. It all seems a bit ironic though. Management consultants are advocating the use of blockchains for cost control, but remark that the executives which best implemented digital transformations did so by deploying technology on the offensive (for revenue growth) and on the defensive (expense management). Defense wins championships, but…

Perhaps leadership teams ought to reframe their discussions and add web3 functionality to attract new customers and drive engagement. Demographics suggest that the ones who do will acquire the affinity of clients typically associated with high lifetime values. Maybe we’ll look back in a few years and remark how the organizations that took this approach to crypto have demonstrated similar performance patterns as the digitized incumbents described above.