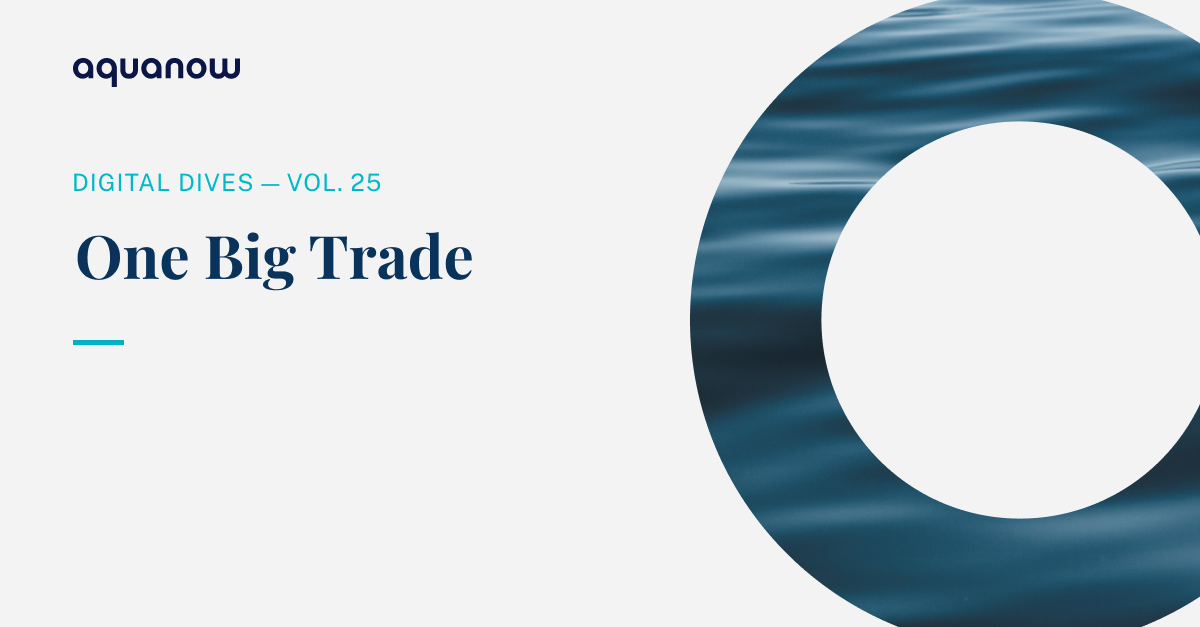 Lyn Alden is a macro strategist with an engineering background who says that after working her way up from intern to running an aviation facility, she retired “early at age 33 with financial independence.” Her research is consumed by tens of thousands of investors monthly and she recently sat down with Bankless to discuss the current economic landscape. Lyn’s work is inspired by Ray Dalio and, like him, she believes we’re at an important turning point in the long-term debt cycle. Policymakers of developed nations have a problem on their hands because the governments are highly indebted, and inflation is accelerating. Fearing the consequences of runaway consumer prices, central bankers are committed to raising interest rates with the hope of slowing the economy. Unfortunately, this has the potential to cause a recession during which jobs would be lost:

It is possible that the Fed et al. orchestrate a “soft landing” whereby financial conditions are tightened sufficiently to curtail growth, and commodities are extracted to balance demand without an outright recession, but historical precedent isn’t in their favor.

Absent skillful/lucky execution from Jay Powell and friends, the setup isn’t great, and the adjustment period could be painful for many unless economies can re-establish high levels of productivity. Longer term, we’re banking on ingenuity to bail us out from prolonged overspending. This makes for a very difficult investing environment, so you can expect to see ominous headlines and red in your portfolio for a while. What could cause this to reverse?

More stimulus can restart the cycle over shorter timeframes, but it’s going to be tricky to balance environmental policy and governments’ increased propensity to incentivize voters via their wallets against fiscal prudence, rising energy demand and geopolitical tensions. The old capital markets adage of “don’t fight the fed” is more pronounced than ever, which means many assets will continue to trade in harmony – downward ↓

Digital assets have many opponents and lately a unifying detraction they’ve been heralding has been that Bitcoin’s correlation with equities refutes its merit for inclusion in a portfolio. Here, it’s important to remember that as long as an asset’s correlation with other holdings is less than perfect, then there is some risk reduction benefit from its inclusion. Lower correlations do amplify this effect but including BTC and other tokens in your investments would still offer diversification – even if they’re quite volatile. The problem with correlations is that they’re not constant and when markets brace for conditions like tighter monetary policy, they tend to rise as asset prices fall:

Stock and bond prices don’t typically move together, but we can see that relationship isn’t holding true in the current environment. That doesn’t eliminate the contribution of coupon payments to a portfolio’s long-term return and allocators would be remiss to abandon fixed income altogether. Bitcoin is also demonstrating more correlation with equities, as it’s done in the past when both assets have moved sharply higher or lower in unison. Even gold, which is often touted as an inflation hedge is trending more like stocks and BTC. The main point here is that there are many times when asset classes demonstrate high correlation and unfortunately that tends to happen during selloffs.

Chris Cole approaches markets from a quantitative perspective and he’s written a series of notes which lay out his thesis for moving away from the classic 60/40 allocation towards what he calls a Dragon Portfolio:

You can (and should IMO) dig through the details here, but we’ll focus on the 19% holding of the yellow metal, which Mr. Cole believes is an important asset due to its history of protecting wealth through times of “devaluation, political risk, and war.” Four thousand years ago, people decided that gold was valuable for some reason and that meme has stuck. However, as Alto notes, Bitcoin is the new meme in town. Their study shows that about 40% of Millennials own digital assets, which is more than the proportion who own mutual funds and roughly the same percentage who allocate to individual stocks.

As we’ve seen, digital assets have not been spared from the general flight to safety. Beyond getting caught up in “the one big trade” that is driven by rising interest rates, the industry has suffered from two idiosyncratic events that roiled the market:

To some extent, the Terra/Luna calamity was brought about due to macro forces as people dumped their token holdings in anticipation of further losses, making the market fragile and ripe for a bank run. Anchor’s failure exposed poor risk management practices and greed. This sparked a significant deleveraging, which further weighed on prices and today we find ourselves here:

Recently Google saw the most ever queries for “crypto is dead” which might sound like an insurmountable headwind, but on the other hand it indicates that the asset class is becoming more mainstream. Further, from a sentiment perspective, incidences of extreme fear often coincide with trend reversals. With all the negativity out there, it sounds crazy to suggest that an inflection is near. Plus, I’m not big on trying to time markets. Digital assets jolted lower when Wednesday’s inflation print surprised markets but have since made gains. This might suggest that positioning is overly tilted towards the “one big trade” and without more negative catalysts, then we could start forming a base. Let me reiterate – I have no idea what will happen. The signs are interesting though.

In their monthly piece, Fidelity remarked that the metrics the group tracks can be seen as evidence for continued gradual adoption of digital assets:

Number of Active Wallets with More Than 0.001 BTC

Another area of activity, which shouldn’t be ignored if you’re following the space, is the growth in Total Value Locked (TVL) on Ethereum Layer 2s. These scaling solutions provide access to ETH’s security and decentralization but enable users to transact at a fraction of the cost. I’m still of the opinion that the next leap in digital asset acceptance will come from something social, so I’ve got my eye on projects like Immutable X. This L2 is a zk-rollup protocol focused on NFTs and gaming. With fast transactions, low fees, and the ability to onboard funds to their wallet via credit card, this built-for-purpose project might have sufficiently removed barriers so that people find it easy to try out.

Soo Hugh, the creator of Apple TV’s popular Pachinko, recently gave an interview to Morning Brew which provides a related anecdote. When asked why there’s been such a notable uptick in the consumption of foreign-language content, the screenwriter responded:

The streamers reduced the friction for trying out media from different cultures and when people gave it a try, many discovered something new that they now enjoy more regularly. It seems reasonable to assume that as interacting with digital assets gets easier/cheaper, more users will be converted and we’re seeing signs of this happening now. Even when the notion of “crypto is dead” is at unprecedented highs.

Eventually the macroeconomic headwinds will fade, and a new cycle will be reborn. As Jason Pagoulatos from Delphi Digital said recently: “The basis for bull market gains is often the positions accumulated during bear market conditions.” If you’ve been sitting on the sidelines waiting to get involved, I think we’re seeing some constructive evidence to think about dipping back in. The graph below illustrates Bitcoin’s drawdowns from all-time high levels. It’s only been updated to June 6th and we’re down a third from there, but still about 30% above the 80% decline that coincides with max pain historically.

I’m not recommending that anyone go out and buy tokens today, but let’s review some of the topics covered. Central banks are cooling the economy, and many believe this will cause a recession. As such, there’s “one big trade” on right now, which could dampen subsequent selloffs or lead to a snap back as it’s unwound. Periods of high Bitcoin correlation have tended to be relatively short, so its future moves might be particularly risk enhancing. However, the broad sentiment towards digital assets is terrible, so few want to step in and buy. As bad as it is, adoption continues to grow, which refutes the idea that “crypto is dead” and historical analogs hint that we might be near a bottom. A new cycle would be kicked off when the central banks pivot back to accommodation (or pull off a soft landing). Where do we go from here?