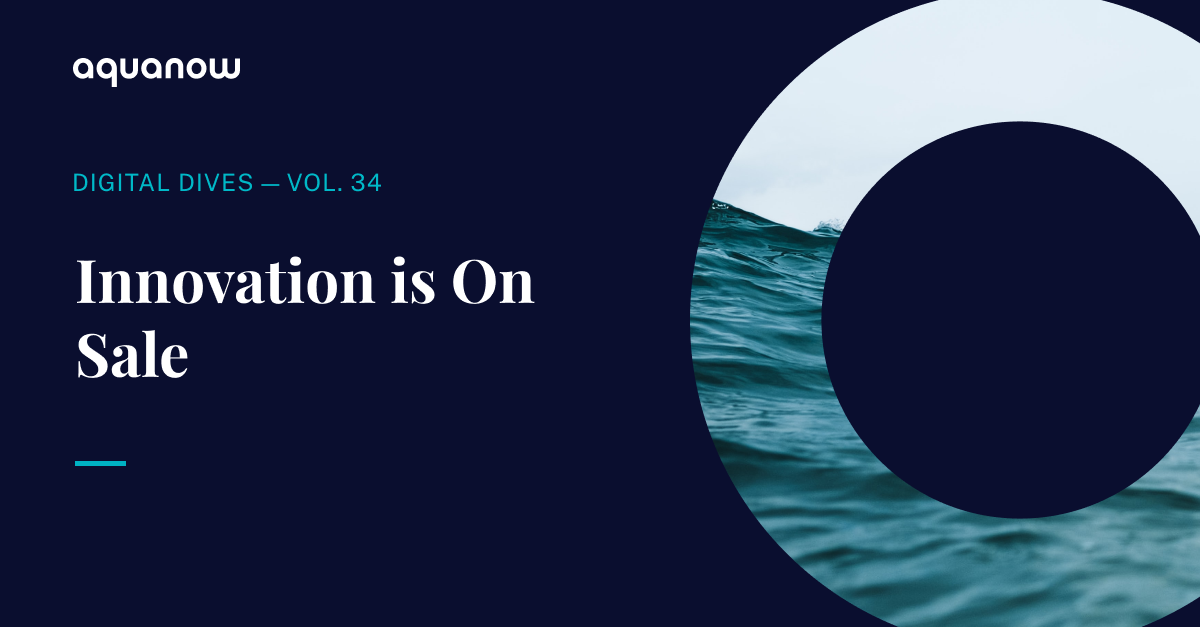 Aquanow Digital Dives: Innovation is On Sale — Vol. 34
< Back to News & Resources

I saw an interesting post  from Dan Rasmussen and the folks at Verdad the other day. It discussed a potential market-timing signal which can be identified by studying patterns found in MBA schools.

Dan and his team looked at data available for Wharton MBA and found that in 2021, Consulting was the top pick at 27.2%, followed by Technology, Capital Markets and Private Equity at 18.7%, 12.9% and 11.1% respectively. So, there were no sells, but many potential long-term buys – if you believe in the predictive power of this heuristic.

Perhaps more interesting is the change in preferences since 2000:

One thing that surprised me in the analysis of Wharton MBA preferences was that venture capital as an initial career path had decreased over time and only 3.4% of graduates entered the field in 2021. It might be that the University of Pennsylvania’s offering in that field isn’t particularly strong, but it struck me as odd given the significant growth in venture assets under management (AUM).

Kai Wu of Sparkline Capital published an excellent report on venture capital recently, which I’d recommend to anyone who likes to nerd out on early-stage investing, quantitative finance, machine learning or crypto. In it, there might be some clues regarding why those interested in pursuing a career in venture capital don’t look to a Northeastern U.S. business school as a way in.

You often hear that an MBA isn’t about what you learn, but who you meet and because universities are location-based (for now) where you study matters. It makes sense that someone skilled enough to get into Wharton might also be an acceptable candidate for a program closer to the action in California. So, I anecdotally conclude that this is what’s happening. It will be interesting to see if this changes over time as new technology hubs are emerging in Austin and New York.

What kind of themes do VCs seek allocations to?

In a classic HBR piece, Bob Zider notes: “The myth is that venture capitalists invest in good people and good ideas. The reality is that they invest in good industries.” Kai Wu first looks at the proportional holdings of each GICSs sector in the Cambridge Associates US Venture Capital Index and the Nasdaq Composite:

The percentage allocations generally look to be the same with more notable differences in Healthcare and Consumers where VCs are overweight the former and underweight the latter. In a note from a couple years ago, the Sparkline Capital analysts did some work which led them to caution investors against assuming that all tech is innovative and to remember that there are disruptive companies in all industries. To dig deeper, they tease out certain themes from patent abstracts using a natural language processing model and map them to the company descriptions in their startup database. The group then generates the graphic below.

It would be difficult to create an index of exchange traded companies with a similar mapping, specifically as it relates to the themes on the left-hand side. In fact, there are so few public web3 companies that some Bloomberg analysts published a piece noting that 14 of 18 U.S. listed crypto-themed ETFs had a pairwise correlation of 0.9 or greater. However, with the help of factor modeling, Kai Wu and team make an interesting discovery.

Unsurprisingly, VC-backed private companies tend to be younger, smaller and faster growing than their publicly traded peers. However, they also tend to be more expensive and unprofitable. The latter two factors have significant adverse effects on an investment’s returns over time and the first three are fleeting if the company survives. So, what drives venture’s impressive returns? Sparkline conducts a regression analysis and decomposes VC profits as follows:

It's all about innovation! It turns out you can seek out and even isolate this factor in public markets, but I’ll leave that for the curious reader. What I think is most relevant in a digital asset context is that patents are a form of measuring ingenuity. While the share of blockchain patent applications to the United States Patent and Trademark Office (USPTO) remains tiny in the broader context, the pace of change is exponential, and VCs have been piling in to related deals:

Token prices are down 60% - 90% across the ecosystem and yet funding activity remains robust. According to Messari, in the past 30 days as markets have revisited the lows of the year, there’s been over $1.5B of capital allocated to early-stage digital asset projects - including a $300M Series B for the Layer 1, Sui and $200M for an NFT gaming project, Limit Break.

The VC model tends to favor higher valuations for several reasons. While I have noticed some anecdotal evidence that valuations in the ecosystem have moved lower, they certainly aren’t down anywhere near as much as the freely trading tokens today. For example, Mysten Labs received a $2B valuation for the potential upside of developing a blockchain (Sui) that isn’t even at the testnet phase. Maybe it will end up being a great investment, but that’s not the point I’d like to make.

If proven innovation hunters continue to plough large sums of capital into web3 projects, then they see a continued path of disruptive technological improvement in the space. It’s not as if the projects whose tokens are trading freely today have all stopped rolling out new features (*ahem* The Merge), so does this suggest there are some serious innovation bargains to be had out there? Not all tokens are the same, so you’ll want to consult your Tokenomics 101 manual, but here’s an interesting chart (again from Sparkline) that suggests some liquid projects could have a lot more upside:

This isn’t investment advice, but the thesis checks out and institutional investors have taken note. Looping back to the theme of where top young talent wants to work - KKR announced that they’re going to offer tokenized private equity investment access using the Avalanche blockchain and management consultants like McKinsey have published research on how to succeed in the metaverse. If your company would like to get involved in the space, then I’d be happy to get you in touch with a group who can help (Hint: it’s Aquanow).