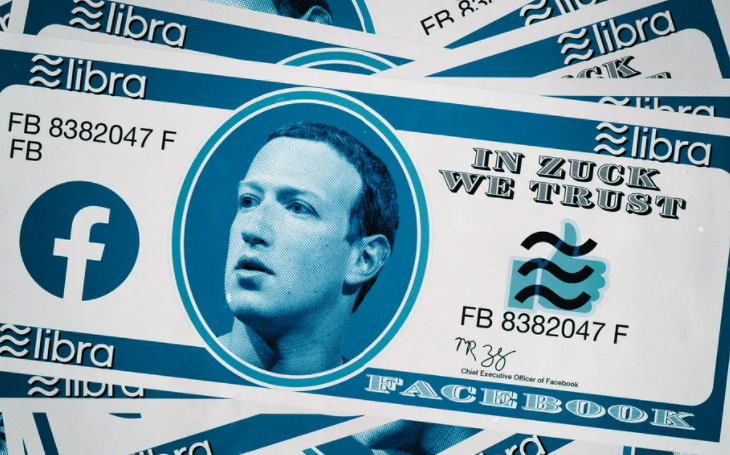 Aquanow Digital Dives: Ignorance is Not a Regulatory Defense 🛡️- Vol. 12
< Back to News & Resources

Do you ever read a piece of old news and suddenly appreciate its importance more than when the events were unfolding in real-time? This happened to me recently after someone flagged this article from the Financial Times that walks through the events and timeline around when Meta (then Facebook) endeavoured to launch its own stablecoin (Libra/Diem) and wallet solution (Calibra/Novi). The initial news certainly struck me as something important and I remember watching the Senate hearing when David Marcus testified. What a disaster. To be sure, questions from lawmakers showed a notable lack of technological understanding, but mostly it was the tone of indignation directed towards Facebook leadership (who still wore a stench from the Cambridge Analytica debacle and other scandals) that stood out.

The scale and power of their network means that Mark Zuckerberg and friends could have drastically shifted the economy to digital assets in short order, with little or no regulations or foresight. It is good that legislators understood the gravity of the situation. Not long after the Senate hearing, Diem appointed a new executive team of folks that were welcomed in Washington circles. This new leadership built a system that monitors transactions for signs of money laundering or sanction breaking and designed ways to prohibit anonymous transactions. In the end, the decision came down to this:

The regulations that shape industry are motivated by public interest and officials’ desire to be re-elected. Technological progress might provide societal benefits over longer periods of time, but election terms are comparatively short. This mismatch impacts a regulator’s willingness to endorse new innovations because the hypothetical gains take time to accrue, while the headline risks begin lurking immediately. Are their ways to provide lawmakers comfort while continuing to build? Sometimes companies or industries fall out of favor. What are the consequences to losing the good faith of the electorate and their chosen policymakers? Let’s dive in.

Jamie Dimon’s Annual CEO Letter was published last week and, like the ones before, is worth a read. As the leader of the world’s largest financial institution, his perspective on the war in Ukraine, persistent pandemic effects and inflation are certainly interesting, but for our discussion, the comments about regulatory policy and competition are most relevant. Regulated lenders engage transparently with their overseers and protect society by gatekeeping the flow of capital through enforcement of proper client documentation and transaction monitoring systems. In the U.S., laws like the Community Reinvestment Act (CRA) require banks to extend their services to lower-income communities. This all sounds great, but the industry says that the “role of banks in the global financial system is diminishing” to the benefit of unfettered competitors and their case is compelling:

The role of technological improvement shouldn’t be ignored here, but it is extraordinary to see the market share reduction in mortgages. A decade ago, there were no neobanks and now they serve over 15% of the US population? Unreal. Fintechs received another $130B of fresh capital last year, which is likely to accelerate these trends. Adding to the competitive pressure is the weight of non-bank giants:

Bob Wilmers’ shareholder missives canonized the M&T Bank annual reports for financial analysts. Since his passing in 2017, René Jones has carried on the tradition. Despite being less than 10% of JP Morgan’s market cap, the 2021 installment of MTB’s “The Letter” hits on all the same themes as above, but provides a bit more granularity into the onerous reporting and testing requirements.

Engaging in regulated financial services means keeping staff on hand for compliance data collection and presentation, but non-banks are absolved of these responsibilities (which makes it easier to win business). Meanwhile, a lending institution is required to demonstrate that they are adequately serving less affluent regions where price (or interest rate) tends to be the primary decision factor when borrowing. Jones estimates that 58% of mortgages in their regions originated outside the regulatory system, which makes it hard for M&T to show CRA compliance. A bank that fails to meet these requirements is precluded from making acquisitions. This scale limitation makes competition from the incumbent group even less effective, which results in a government-enforced flywheel for the unregulated newcomers:

Despite improving through the pandemic, the public image of banks remains negative since the Global Financial Crisis. A generation has been scarred by headlines exclaiming that the 8.8M job losses and general economic turmoil were brought about through greed and a lack of oversight. While many systemic flaws remain in place, no politician is at risk of losing their job for being hard on the finance industry. If anything, opposition to Wall Street would help secure the votes of many.

So, what can the banks do?

With a pie measured in the tens of trillions, no one is going to simply lay down. As mentioned, competition in the space is furious. There are some benefits to being unregulated but switching costs and an established system provide the incumbents with some edge. Further, not everyone hates their bank. For many, these long-serving brands are associated with a sense of security. You can be sure that lobbyists are pushing similar messages to those emphasized in the shareholder reports above and finance houses are investing aggressively in technology , too.

I think John and Patrick Collison from one of the banks’ disfavored fintechs sum it up well in their latest note: “Established businesses have realized that they need to match the customer experience that the world’s most exciting startups invent, and that to be stuck on legacy technology is a business liability.” For their part, M&T has launched an incubator and a Tech Academy to provide capital, education, and employment opportunities in digital domains. JP Morgan invests on a whole other scale, pouring billions of dollars into data centres and developing thousands of proprietary software applications.

This highlights another competitive arena where the banks are facing an uphill battle – technology talent:

If you’re a young engineer, then building around legacy systems and having to wear a suit might not be appealing compared to a remote office, stock options, and a flat organizational structure. However, cascading share price charts of unprofitable tech firms and whispers of looming down rounds in venture might level out the odds a bit. Just as some consumers are drawn to the soundness of a hundred-year-old enterprise, there are many who still (and justly, IMO) want to work at traditional financial institutions. Nevertheless, battles are fought at the margin and the newcomers can grow without having to contend with embedded hierarchies:

We’ve heard accounts from two traditional financial institutions complaining about regulations that favor Big Tech and seen a case where the latter was prohibited from experimenting with digital assets as a means of exchange. Recent web3 regulatory disclosure has been viewed favorably by the community, but we’d be foolish to dismiss the Diem case as a one off.

Meta could have scaled crypto incredibly quickly, but they failed to appreciate their poor standing in the minds of regulators. A lack of trust, along with profound potential economic impacts squashed the initiative, even after a makeover. Narratives about unseating the dollar or reinventing the financial system overnight are more likely to bring a heavy-handed policy response to crypto and should be done away with accordingly. The Carlyle Group is famous for cozying up to Washington decision-makers and their founder had this to say on a recent podcast:

Facebook’s old mantra was “move fast and break things” but Meta’s future success requires a restyling of principles. When Mark Zuckerberg sat down with Tim Ferriss recently, he explained that, while he still wants the company to act quickly, they can’t repeat previous mistakes and must maintain a long-term perspective. Leading a $580B company requires a more methodological approach. Some upstarts can succeed with renegade policies, but responsibilities arise as the stakes increase.

The rules of the game change as you grow.

Web3 is rapidly emerging on the scene as a legitimate economic force. In fact, all of the CEOs above mentioned digital assets in their annual missives. David Rubenstein admits to investing in the ecosystem after his early skepticism: “I think the genie is out of the bottle and I don't think the industry's going to go away anytime soon.” Even Jamie Dimon, a once vehement critic of the space said that: “Decentralized finance and blockchain are real, new technologies…” So far, projects have been allowed to build their would-be disruptors freely and solving cutting-edge challenges helps them attract talent. That said, the community should see the Diem case study for the signal it provides. Big Tech has avoided scrutiny as they’ve waded into financial services, but when they tried to “break things” no amount of backpedaling could reverse the regulators’ opinion (and the few who thought it was OK weren’t about to risk their careers).

The institutional crypto community appears to have learned from their technological counterparts and are already engaging with policymakers. Since the 2019 Libra hearing above, regulators have leveled-up their digital asset IQs substantially and this has likely been helped by industry engagement. These are seriously positive developments. It’s important that we take any minor setbacks in stride and continue to foster open lines of communication.

Aquanow is a proud founding member of the Canadian Web3 Council which seeks to bring together innovators, experts, and policymakers to collaborate on public policy and regulatory solutions. You might want to check out their thoughts on the latest federal budget proposal here.

*Diem was an open-source project and has been forked. You can learn more here.