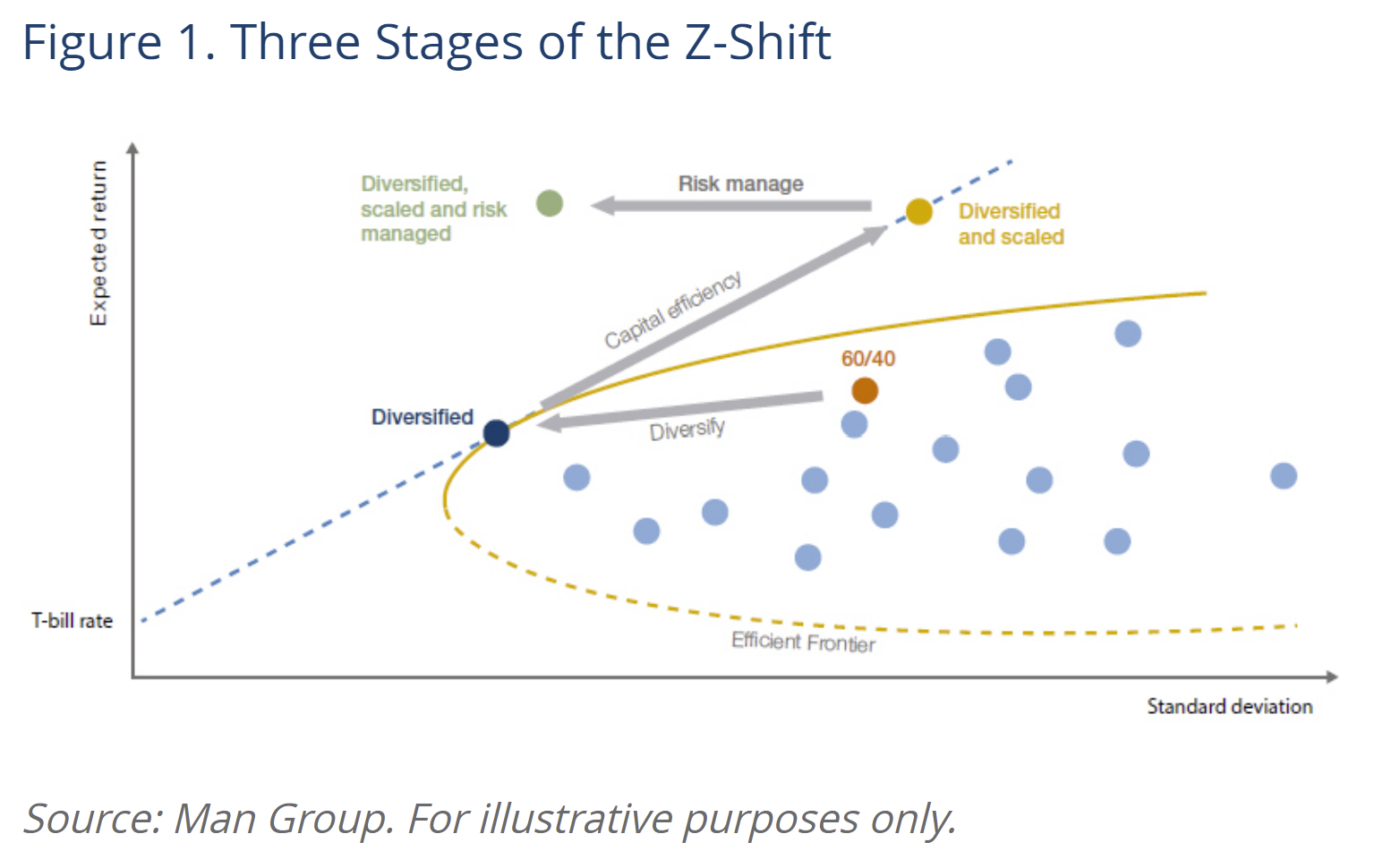 It’s a bull market for media companies. While recent earnings reports have left stock observers feeling short on profits, there’s an abundance of news items to generate headlines. Beyond the sociopolitical and celebrity stories, recession fears keep eyes glued to screens, so broadcast ratings are trending up. As we discussed recently economic slowdowns are related to consumer psychology, which is about as bad as it gets:

You can’t blame people for being down in the dumps either. Prices at the pump are squeezing budgets, food costs are rising as grocery stores struggle to keep shelves stocked and the war in Ukraine has stoked existential fears. It seems like just a few months ago everything was Lego Movie as we emerged from the global pandemic and reengaged in person. What happened? With hindsight we can reason that pent-up demand was unable to be satisfied by already tight supply chains. Exacerbating this was a cashed-up labour force that had partially revaluated its work-life balance as employers plastered job boards with openings. Economies have a way of regulating such excesses and unfortunately the tool is recession.

However, just as the boom times in 2021 were temporary, downturns also reverse as pessimism reaches an apex and economic green shoots emerge. While cycles tend to turn at emotional extremes, most of us don’t generally walk around in polarized states. Psychologists say optimism reflects the belief that the outcomes of events or experiences will generally be positive or that the causes of distress are only temporary. While the human condition is seduced by negativity (with good reason) due to loss aversion, our progress has been driven by a general tendency towards a glass half full mentality. Leave it to Morgan Housel to say it best:

In the note above, the Collaborative Fund’s resident wordsmith goes on to explain that bad things happen all the time and with a sizeable set of unlikely, but catastrophic events, we should be prepared to experience hardship regularly. Downturns suck and they hit the less favorable relatively worse. However, they’re necessary components of the business cycle. Because markets don’t crash to zero in every instance, economic gains compound over time and accrue to all levels of the socioeconomic ladder:

Bear with me for a bit here or skip lower, but we’re taking a trip to Nerdville…

Modern Portfolio Theory (MPT) is based on similar principles. By combining assets with different risk and return profiles, various baskets can be assembled to form the efficient frontier – a theoretical set of these groupings that maximize return for a given level of risk. As with any model of the real world, the assumptions underlying MPT are over-simplifying, but the general takeaway is that if we take a portfolio’s volatility to represent its risk, then diversification can help investors increase their returns without being exposed to greater hazard. Fundamental to this thesis is that lower correlations between assets will generate increased diversification benefits and produce more attractive combinations.

Howard Markowitz’s “Portfolio Selection” paper transformed finance and set off a quantitative revolution in the field. Today, many who were inspired by this theory are employed as quants at the world’s largest publicly traded hedge fund - Man Group. Their weekly missives are worth a read and one such edition recently discussed how technological development, financial instrument innovations and advances in risk management have unlocked an approach to create portfolios that reside outside the Efficient Frontier. The authors build their case off the 60/40 portfolio, which has come under scrutiny in recent years as interest rates offered lower yields for reinvestment.

The first step in the Z-Shift is to further diversify the classic portfolio, by including assets outside of traditional stocks and bonds. Then, using cash efficient instruments that offer leverage, managers can increase exposure and manage these new risks using quantitative methods like:

Dude, you’re killing me. I thought this was a digital asset note…

Sorry, that was some necessary groundwork, but let’s move on... In Step 1 above, we’d include crypto into our holdings. There’s no shortage of back studies examining how a portfolio would have performed with an allocation to Bitcoin or Ethereum, but the tokens’ explosive growth and limited time series really impact the conclusions. Further, BTC has been trading more like a technology stock of late, which somewhat dampens its effect as a diversifier:

Crucially, correlations between assets aren’t constant, so predicting this relationship is important when constructing model portfolios. I’m not sure anyone has figured this one out yet, so we won’t bother too much with an attempt. PIMCO lays out their methodology in this paper. For our purposes and working with free data, we’ll consider three different correlation regimes:

Let’s look at how exposure to stablecoin lending yields in DeFi might impact a portfolio’s risk-adjusted performance as an uncorrelated source of return in the context of the Z-Shift proposed above. Here’s the methodology:

Still with me? Apologies for the technical details, but it’s more honest to put it out for any one to critique. To that point, please let me know if you have an opinion on this approach - unless it’s data related - my hands were tied there.

Below you see the hypothetical returns from investing in three baskets over the past 15 years, which have been characterized by negative correlation between equities and fixed income, until recently when it inflected higher:

The standard deviation of the 60/40 portfolio with DeFi is lower than the standard portfolio on its own, so to show the effect of risk targeting, I’ve levered up the traditional asset allocation until the two match. Now, this assumes you could match perfectly, no transaction costs, no taxes and so on, but the main point is that by virtue of diversification through digital assets we can unlock excess returns.

Here are the results for the other two scenarios:

There are way more factors at play than we can get into here and this isn’t meant to be anything academic. I do think digging into some of the details was important, but the cool thing is that even without modelling the impact from a momentum strategy or correlation triggers we can see the diversification benefits of incorporating digital asset yield into traditional portfolios. The trends you see are exaggerated because I have not made rebalancing trades, so what starts out as 60/40 can get as far off as 80/20 in the end. As mentioned, there are heavy simplifying assumptions like no trading costs or taxes. However, I’m sure there will be more rigorous work done in this space in time and look forward to seeing the outcomes. Like Meltem Demirors likes to say, “we have the technology” – I just don’t have access to it.

Having said all that, it’s almost certain that the directional improvements will be accurate. After all, volatility matching can enhance a portfolio even if the uncorrelated asset goes down every year. Purely for illustration, here’s an example of the 60/40 portfolio used above paired with an asset that goes down 0.25% annually:

One equity/fixed income correlation scenario that we haven’t tested is playing out in real-time. Markets are moving from a regime where stocks and bonds displayed persistent negative correlations, to one where that relationship flips. Bond funds are coming off one of their worst quarters on record and have seen outflows of capital. So far, equity funds are still seeing new capital come in, but analysts like Citi’s Matt King believe that is soon to reverse (this is the Man Group’s correlation trigger in action). The whole scenario could pose significant challenges for 60/40 investors but adding some DeFi yield in their holdings would provide a steady diversification outlet.

Markets are dynamic, so the relationships that hold today aren’t necessarily going to be true tomorrow. At present, the supply and demand of loans in decentralized finance are impacted by nuances that aren’t common in traditional markets, which provides some idiosyncratic risk and diversification. If you follow Crypto Twitter or other related media, you’ll often see memes about how “the institutions are coming” and the benefits outlined above are part of the reason why.

It takes an optimistic perspective to believe that economic slowdowns are temporary, and a pessimist is unlikely to invest in novel technologies. However, just as our risk aversion helps us avoid peril and can lead to the development of sophisticated risk management tools, it’s the more constructive counterbalance that drives humanity forward and motivates the rebuilding after a downturn. Digital assets are part of this compounding engine.